Members of the Comnexa team recently suffered through considerable delays when flying with some of Europe’s major airlines. With this in mind, we thought it would be interesting to use our Social Listening technology powered by Salesforce's Marketing Cloud to compare British Airways, EasyJet and Ryanair and find out what the world is saying about them online!In the past 30 days, there have been over 286,000 posts online that mentioned the three airlines.

As the second largest airline in Europe, it is no surprise that Ryanair had the most online mentions, with 41% of the 286,000 posts referencing the airline. British Airways came in a close second with 39% of the mentions. EasyJet was mentioned the least, with just 20% of the total mentions.

81% of the posts were in English, making it most common language used to discuss the airlines online.People from the United Kingdom and the United States dominated as top online content creators and were responsible for 28% and 25% of comments, respectively.

When looking at the age range of those posting comments about the airlines, Ryanair and British Airways had very similar age stats. People in the 25-34 age group were top commenters, closely followed by those the 35-44 and 45-54 age brackets.Interestingly, EasyJet’s age stats looked very different. The airline’s comments predominately came from individuals in the 18-20 age group - the smallest contributors to Ryanair and British Airway’s content - and they had barely any commenters from the other age groups. This may be due to EasyJet’s emphasis on low-cost, budget travel being more appealing to a younger audience.

The word clouds below show the most common words used in comments mentioning British Airways, EasyJet or Ryanair.Delays and cancellations are clearly the reasoning behind many posts and the words feature predominantly in all three-word clouds.British Airways’ team must have made an impression, as its word cloud features mentions of staff, crew and pilot among words with positive sentiment such as good, best and skills.

EasyJet’s word cloud also includes similar positive words such as great and good. However, there are also many words that could be considered negative including stranded, stuck and sorry. Despite the negative sentiment, it is good to see the airline’s hashtag #easyjet high up in its list of keywords.

Ryanair’s word cloud features many words in Cyrillic alphabets, most likely due to the airline’s focus on flights between Eurasian countries.

Salesforce technology allows you to enhance the customer experience by better understanding what people are saying about your brand and competitors online. We can help you to analyse and listen to over 350+ million data sources globally. Get in touch to find out more - hello@comnexa.co.uk

Comnexa listed as one of the 15 Top Salesforce Implementation Partners for Sales Cloud in 2022! 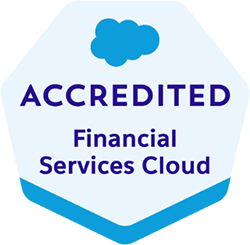